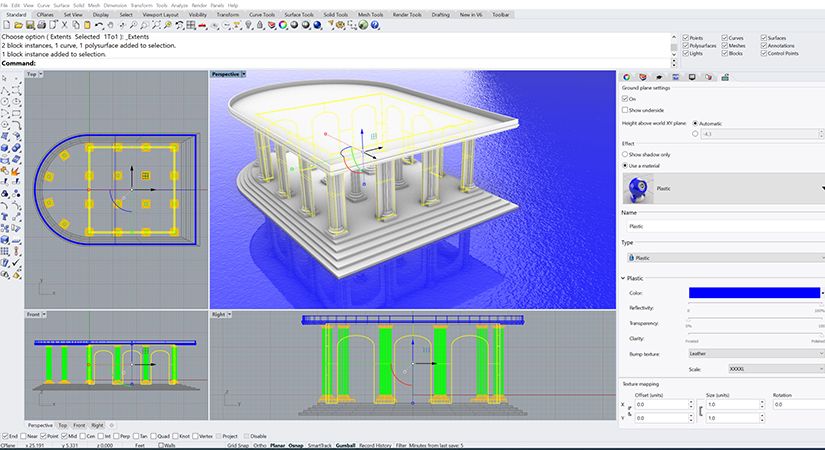 This online course is for anyone new, or nearly new, to Rhino 6 and Rhino 7 is taught by an Experienced and Certified Rhino 3D Trainer from Simply Rhino.

Recognised as the introductory course for Rhino3d, all trainees receive an Official Certificate on completion.

Whatever your market, if you want to get off to the best possible start and develop a good understanding of best practice approaches to modelling in Rhino, this is the course for you.

Design professionals who want to efficiently learn the concepts and features of the Rhinoceros modelling software at an accelerated pace in an instructor-led environment should take this course.

In this comprehensive class you’ll learn to create and edit accurate free-form 3D NURBS models. This fast-moving class covers most of Rhino’s functionality, including some of the most advanced surfacing commands.

You will systematically move through the user interface, command access, creation and editing of curves, surfaces and solids.

After the course the student is expected to be able to:

Move comfortably around the Rhino modelling scene;
Identify when free form or precision modelling is required;
Create and edit curves, surfaces and solids;
Use modelling aids for accuracy;
Produce simple renderings of the Rhino models