Python for Rhino and Grasshopper 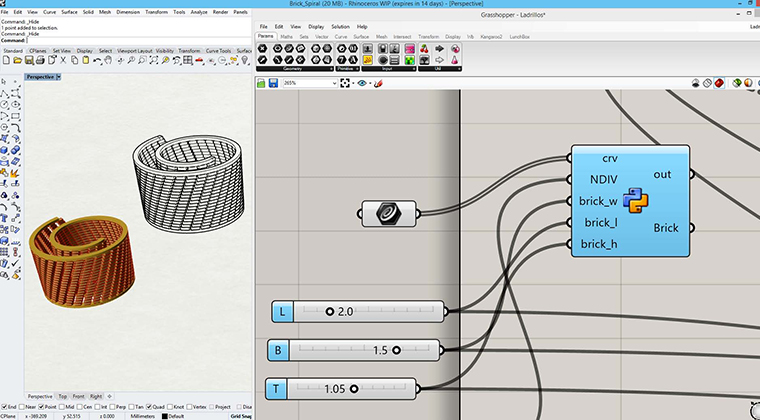 Python is a modern programming language. Python is sometimes called a scripting language or a glue language. This means python is used often to run a series of commands as a script or used to create links between two other technologies as a glue. It is easier to learn and use than other non-scripting style, compiled languages like C#, VB, or C/C++. Yet it is quite powerful.

You may need Python if you want to automate repetitive task in Rhino much faster, perform tasks that you do not have access to in the standard Rhino or Grasshopper tools, generate geometry using algorithms, etc.

Goals:
– To get familiar with programming using Rhino.Python, its tools and standard strategies.
– To understand curves and surfaces definitions created, which are the based for complex objects generation.
– Create 2D and 3D parametric objects using surfaces with Rhino.Pyhton scripts.
– Python components in Grasshopper.